The team of the present L’Avenir d’Auroville / TDC was invited to this month’s Forest Group meeting to discuss several pending issues that have come up over the last months. Amongst them were:

Sreevatsa, Saravanan, Uli (as technical team member) and Hari (notes on behalf of the TDC) came to have a first exchange being aware that there is a need for regular communication and collaboration. The Forest Group also invited Elisa to help with facilitation.

The first topic discussed was a planned infrastructure corridor along the outline of the Crown through Bliss Forest and the Youth Centre. This infrastructure corridor would require at least the trench of around 1.0m width and a permanent access for a bobcat (another 2.5m). Some initial work on the survey for the routing has started already. 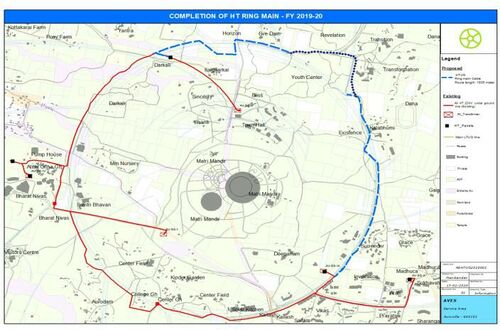 Figure 1: map showing a possible re-routing of the Infrastructure corridor along the existing road

The Forest Group made it clear that it stands united in its resolve to protect the existing tree cover as much as possible, even more so in times of increasing water shortages and climate crisis. It was mentioned that a re-routing of the infrastructure corridor along the existing road could easily be managed (see dark blue dotted line on attached map) without much impacting the overall concept and efficiency of a ring-shaped supply system. As such the TDC was informed by the Forest Group that it understands the Bliss area (as well as the other carefully planted areas of Auroville and the near context) as protected zone, even more so as alternative approaches can easily be found. No infrastructure corridor would be accepted here. The Group also appealed to the TDC members to visit the park and understand the beauty of what has grown over the years and then follow their gut feeling instead of taking planning decisions from a somewhat removed office. The members of the Forest Group see the Crown in important afforested areas such as Bliss rather as an overarching concept than a rigidly formed circular shape. Banyan trees have been planted and highlight the Crown as a symbol. The Forest Group will write a more detailed reply on why it believes this area should be left free of infrastructure as to also provide the TDC with arguments to bring before the Governing Board.

Touching a larger issue of the overall communication, it was also stated that the urgency behind the projects was an obstacle, as we need time to look at alternatives if needed. In some cases, it is the day itself without any warning or prior consultation that the JCB and workers are there to start the work. As a community we have the power to decide to change and update our values and priorities.

As a second priority topic, the present way of dumping sewage sludge from the city area and larger commercial units in various plots in the Greenbelt was discussed. For years the unfiltered sludge – from both grey and black water – has been dumped first at the Botanical Garden (12 years), then at Mango Field (4 years) and since around the same time at an open field under stewardship of Fertile Field. It was always understood that these arrangements are temporary only. The Forest Group advised members of the TDC to actually have a look at the extremely messy pits wherein the unfiltered sludge including condoms, sanitary pads etc is filled without any care posing a risk to the integrity of the groundwater and an example of what not to do. The Forest Group does not agree that the Greenbelt is used as a dumping ground in such a way. The TDC as a response agreed to make the finding of viable solutions a priority.

Thirdly, the topic of the envisioned substation on high-value Auroville land on the North West corner of Adventure came up. Recently the land was cleared without any communication to the steward of Adventure, the Forest nor the Green Group. To the memory of the Forest Group, there also has been no community involvement in the process. Aside of the facts that Auroville has given away several acres of land (in prime location along the road) only in parts benefitting Auroville and these are also not really used as per the initial vision (the “Adventure Sports Ground” is in its entirety hardly used for sports activities) – which all would deserve a deeper reflection on how we are taking important decisions regarding land use – this seems now a closed matter with the lease deal with TANGEDCO and Auroville signed. However, it still is not clear in detail how the 110kV line will reach the future substation (see attached map) and from there on the “city area”, what impact it will have on the Botanical Garden, Adventure, Aurodam etc. and how the AV Electrical Service and the TDC are planning to have a consultancy process with the different stake holders on the matter to ensure at least at this late stage something of a participative planning process. This needs to be addressed in a more participative manner than what has happened so far. 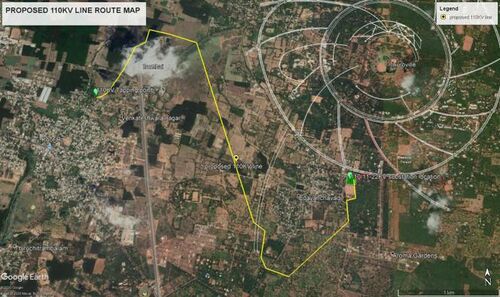 The TDC members informed that for all such issues they are planning to set up a form of an Environmental Impact Assessment group and different people have been contacted. The details of such a group and its working are yet to be worked out. The Forest Group reiterated its readiness to be consulted on all matters such as these mentioned and participate in a spirit of collaboration to solve the many topics that the planning of Auroville brings to us in these increasingly challenging times. As such a more permanent exchange between the officially mandated planning bodies of Auroville and the proven on the ground capabilities of the Forest Group members is much needed. The Forest Group would welcome a regular presence of the TDC team to the monthly meetings as well as to the by now regular “Vision & Realities” meetings as well. The Forest Group would like to express their gratitude to the TDC team to come to the meeting which might have been perceived as not easy.

[report continues with other topics]