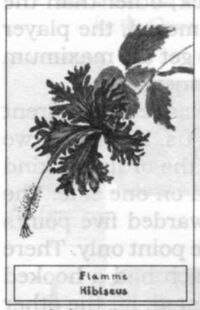 (Tara Jauhar:) “Birds I don't know [how I developed an interest]... but flowers, Mother did that. We used to go up – six girls – we used to go up every day to meet Mother, together. And Mother's timing kept changing: we used to go during the recess, then it became late, and later; then we used to go after school; then it got later. And as it got later, we got more restless. We used to have to sometimes wait for a whole hour before Mother came. And we used to be in that corridor (you have not been that side, it's not permitted) – in Mother's room, there is a long corridor. And we used to be there. And we used to make a lot of noise. And it was Pavitra-da – you know Pavitra-da? You must have overheard about him. He was a French man who was Mother's driver. And he was very, very knowledgeable – a fabulous person. Really a fabulous person. Very deep, very dignified in everything. He was guiding all the senior-most children in the school. And beautifully.
So Pavitra-da used to live in the same building, on the other side of Mother's room. And it was his resting time, and we used to make noise. So Mother got the idea, first she made a game of precious stones. But there were only a few cards. And she got the same picture stuck on them, and printed – she herself coloured that picture, with the colour of the stone. Like ruby was red; topaz was yellow; and so on. And we started playing with those cards. But it was just – the game finished in one minute. There were so few; there were six of us. But that was how she started us.
And then she started giving us the flower game. The same thing, but the game of flowers. And this game of flowers – she told the Ashram artists to paint the flowers. They were taking so much trouble to paint beautiful flowers; they were stuck on a card, and a name was written down. In the beginning, cards were all in the Mother's handwriting. And later they became in somebody else's handwriting. There was the botanical name; there was the spiritual significance which the Mother had given; and there was the common name. All three names were there. But we were playing only with Mother's significance.
So we started with, oh, 20 cards – and every day, Mother added cards because the artists painted them, and they were given to us. Towards the end we had as many as 600 cards of flowers.
Now, each of us had six cards in our hand. And there was a set, exactly the same significance, of cards lying down [in a draw pile]. You picked up a card (gesture of overturning), and it said: ‘Friendship with the Divine’. Whoever had ‘Friendship with the Divine’ would put it down. And the next person would pick up, say, ‘Service’. So we all would look at our cards, and whoever had ‘Service’ would put it down. And the person who finished first, all the cards in hand, was the winner.
And every day Mother gave a prize for it. Every day. And that is how we collected a lot of – I collected a lot of – things, at that time. Not everybody has kept their things so carefully – I don't know, somehow I have kept all my things very carefully. And now they are at Sri Smriti in Delhi. When you people go back, I would have you to see the Sri Smriti in Delhi.
So this is the game of flowers, with which she – at that time... which year was it that we stopped playing? I think 1958, when Mother went away: on the second floor. And then it was over. But from 1958, somewhere it must have remained inside [of me].”[1]