Essays in Philosophy and Yoga
“The Superman” (April 1915)

(Mother to students, 1958:) “We could call supermen those who, in their origin, still belong to the old method of generation but in their achievement are in conscious and active contact with the new world of supramental realisation.”[2]

(Mother, 1958:) “Anyway, we have now reached a certitude since there is already a beginning of realisation. We have the proof that in certain conditions the ordinary state of humanity can be exceeded and a new state of consciousness worked out which enables at least a conscious relation between mental and supramental man.
It can be asserted with certainty that there will be an intermediate specimen between the mental and the supramental being, a kind of superman who will still have the qualities and in part the nature of man, that is, who will still belong in his most external form to the human being with its animal origin, but will transform his consciousness sufficiently to belong in his realisation and activity to a new race, a race of supermen.
This species may be considered a transitional species, for one can foresee that it will discover the means of producing new beings without going through the old animal method, and these beings — who will have a truly spiritual birth — will constitute the elements of the new race, the supramental race.
So we could call supermen those who, in their origin, still belong to the old method of generation but in their achievement are in conscious and active contact with the new world of supramental realisation.
It seems — it is even certain — that the very substance which will constitute this intermediate world that is already being built up, is richer, more powerful, more luminous, more resistant, with certain subtler, more penetrating new qualities, and a kind of innate capacity of universality, as if its degree of subtlety and refinement allowed the perception of vibrations in a much wider, if not altogether total way, and it removes the sensation of division one has with the old substance, the ordinary mental substance. There is a subtlety of vibration which makes global, universal perception a spontaneous and natural thing. The sense of division, of separation, disappears quite naturally and spontaneously with that substance. And that substance is at present almost universally diffused in the earth atmosphere. It is perceptible in the waking state, simply with a little concentration and a kind of absorption of consciousness, if this is retracted, withdrawn from the ordinary externalisation which seems more and more artificial and false. This externalisation, this perception which formerly was natural, now seems false, unreal and completely artificial; it does not at all answer to things as they are, it belongs to a movement which does not correspond to anything really true.
This new perception is asserting itself more and more, becoming more and more natural, and it is even sometimes difficult to recapture the old way of being, as though it were vanishing into a misty past — something which is on the point of ceasing to exist.
One may conclude from this that the moment a body, which was of course formed by the old animal method, is capable of living this consciousness naturally and spontaneously, without effort, without going out of itself, it proves that this is not one single exceptional case but simply the forerunner of a realisation which, even if it is not altogether general, can at least be shared by a certain number of individuals who, besides, as soon as they share it, will lose the perception of being separate individuals and become a living collectivity.”[3]

(Shyam Sundar, January 1970:) “Yesterday, Mother, while before You, I was not thinking of my health but You said to me, “I wish you good health”, and I felt the presence of a person of big size behind me.

(Mother:) Yesterday, I saw behind you the Consciousness that wanted to enter into you and which needs a solid body for its manifestation; that is why I insisted on the necessity of good health; and it is the Presence of the Consciousness concentrated on you that you took for a person of big size.
This is good.
Blessings.”[4]

(Mother to Satprem, 1971:) “The body is being taught to exist by the Divine alone, to count on the Divine for everything – absolutely, absolutely everything without exception. There is even a pressure for.... It's only when the consciousness is linked to its utmost to the Divine Consciousness that there's the sense of existence. It has become extraordinarily intense. When the physical gets converted, it will be something SOLID, you know, unalterable – and complete. And so concrete.... The difference between being in the Divine, existing only by Him and for Him, and then being in the ... not in the ordinary consciousness obviously, but just the human consciousness, is so great that the one seems like death compared to the other, it's so.... I mean the physical realization is really a concrete realization.
There is beginning to be such a concentration of energy (oh! it's not there yet, very far from it, but ...), there's a beginning of perception of how things will be. It's ... it's really marvelous. And so powerful! A power and a reality in the consciousness that nothing, absolutely nothing else can have – everything vital or mental and all that seems hazy and unsubstantial. Whereas this is concrete (Mother clenches her fists). And so strong!
Some problems are still to be solved, but not with words or thoughts. And things come to demonstrate – not just personal things, but also things from people around me; people, things, circumstances, all that comes for teaching, teaching the body to have the true consciousness. It's ... it's marvelous.

It seems that the problem was to create a physical being capable of bearing the Power that wants to manifest – all ordinary bodily consciousnesses are too thin and fragile to withstand the overwhelming Power that is to manifest. And so the body is being accustomed to it. It's as if ... you know, as if it suddenly caught a glimpse of such, such a marvelous horizon ahead, but overwhelmingly marvelous! Then, it is allowed to take only as much of it as it can bear.”[5] 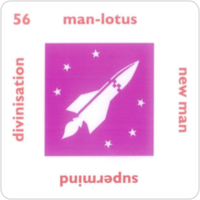