The Auroville Ultimate Frisbee Club was formed 5 years ago and since then we have been constantly growing in number and skill. We have attended numerous tournaments in India and hosted 4 of our own, the last being AV Hat (aka India Hat) 2014.

Activities of the year

On 21st and 22nd December 2013, we invited the top 8 teams of India for a 2 day Ultimate Tournament in Auroville. Two teams from Auroville participated. The winner of the tournament was Falcons – a young team from Bangalore.

In early January, AV Ultimate Club had organized a junior’s ‘under 16’ tournament in Auroville. Two teams from Chennai with their coaches and two of our own teams from Auroville played against each other. This initiative was taken to motivate the kids, apply what they learnt and have a better understanding of the game. Moreover, this also opened up opportunity for children who were not able to play in tournaments in and outside Auroville. We hope to organize such tournaments on a regular basis.

On 31st January 2014 AV Ultimate Club hosted its 4th annual Hat Tournament. The tournament was conducted over 3 days and participants came from all over the country, some parts of the world and Auroville. Hat tournaments are tournaments in which players join individually rather than as a team. Teams are formed taking into account skill, experience, sex, age, height, and fitness level of the players in the attempt to form teams of even strength. There is a strong emphasis on forming new connections, on having fun and sharing knowledge within the Ultimate community. Players of all levels take part in such events from world-class players to complete beginners.

There were 18 newly made teams from the 258 participants and 5 fields to play on. Each team had 3 to 4 matches per day. There were 10 to 13 members in a team, which included men, women and children. Experienced women players were made captains of each team. 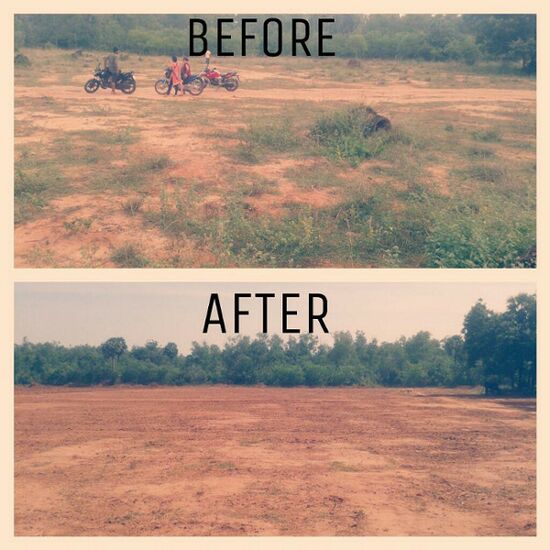 The tournament concluded successfully with 258 participants turning up from 340 participants who had registered. 18 newly made teams competed with each other on five fields for 3 days. The playing fields were located in different parts of Auroville: Main field located in Certitude. Two new fields at Adventure, next to Udavi School entrance. One field inside Udavi School. One at Aurodam field.

The pie chart below shows the distribution of 258 participants according to where they come from. 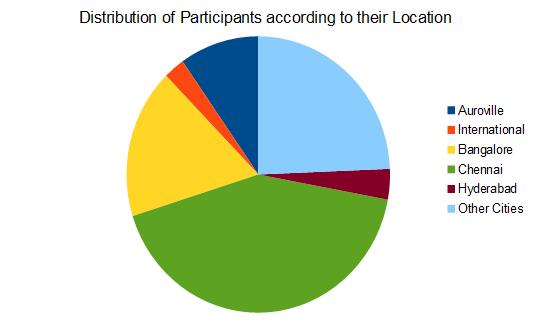