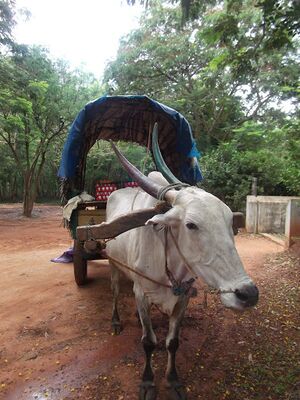 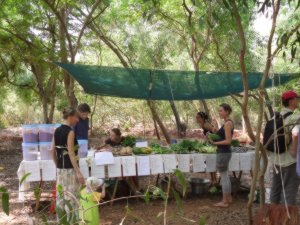 Foodlink is Auroville’s central collection and distribution point for Auroville’s farm produce, linking farms and farmers with the rest of the community. From here, fresh organic food is supplied to Auroville’s collective kitchens, restaurants, schools, food processors, and the Pour Tous outlets. Occasional surplus is sold to customers outside Auroville.

Collecting produce from Auroville farmers, packing and "branding" have been activities of Foodlink since the beginning. Foodlink also coordinates research on distribution and pricing, growing patterns, and consumer patterns, branching out into coordination of materials on agriculture, seed saving, student/volunteers coordination, value-added research, etc.

Products connected with Foodlink are made available through a number of Auroville outlets. Rice and vegetables are provided for use in the meals preparation in Solar Kitchen, and for distribution among schools. Fruits and grains are preserved and packed at Auroville food-processing units and at some of the farms.

Foodlink Market is a small retail outlet located on Foodlink’s premises, at the end of the Solar Kitchen complex. There Aurovilians and guests can buy Auroville’s fresh farm produce as well as some basic processed foods made in Auroville.

Hours are Monday to Saturday, 10 am – 3 pm. Payment is through P/T account or Aurocard.

Foodlink was set up in 1996, concurrent with the opening of the Solar Kitchen building, through efforts of the coordinators of the Farm Group at that time (Jeff, Tomas & Isha). The aim was to begin through Solar Kitchen meals preparation to stimulate a collective focus for utilizing produce grown on AV Farms. At this time Foodlink's name was "Auroville Farms Collection & Distribution Centre". A room was allocated in what is now the Solar Kitchen administrative office for this purpose. Office, data and produce coordination was initiated there by Sumathi, Isha, and later Lakshmi. To begin a database on farms production a grant was secured, allocated by Stichting de Zaaier, and the progam designed and implemented over a period of 2 years.

Sumathi has continued over the years, assisted by Lakshmi and later by Guna and more recently Isabelle. John Lucksted, Farm Group coordinator up until 2008, also helped in the shifting of the collection and distribution interface when a way was found to integrate that into the New Pour Tous receiving area.

A new location has been allocated for Foodlink near Certitude that will accommodate its administrative functions, market, and potential as a vibrant community hub.

Dorle of Office4 has created the initial designs: 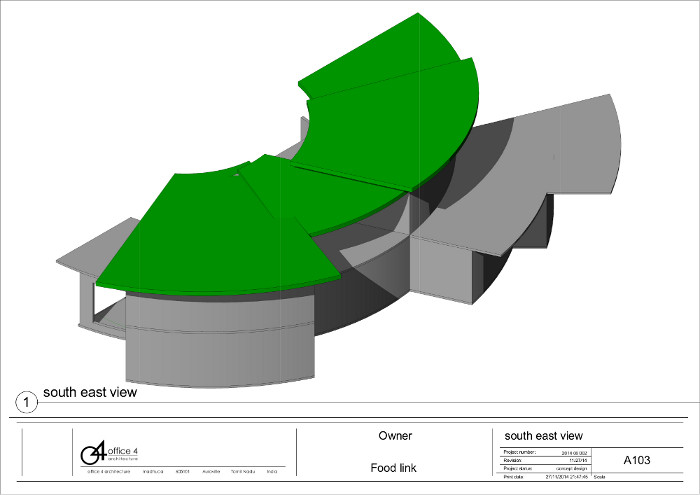