The 2 ways of knowledge

At the south gate of the Strasbourg Cathedral stand two extraordinary statues, representing exactly the difference we speak about: our two sources of knowledge. They should have been called direct and indirect knowledge but the medieval church named them ‘Church’ and ‘Synagogue’. Very few people understand their true meaning, the message of the master who made them. They still belong to the Gothic period (13th century) though already pointing towards the Renaissance, and pictures of them may be found in any history of Gothic art. 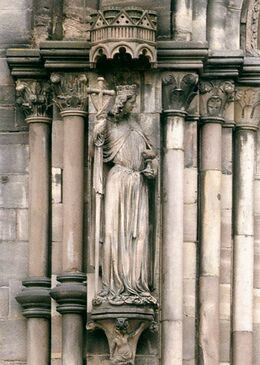 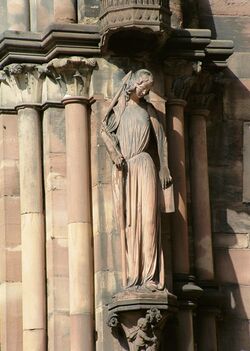 The figure on the right, which represents any doctrinal approach to truth, even the Marxist, stands with a broken lance, her head drooping sadly, her eyes blindfolded, and slipping from her trembling hand is the book, the tables of the law: the frailty of human knowledge, of instruction from the past.

The other figure, proudly erect, bearing in one hand the chalice like a symbol of lordship, looks over at her adversary, conscious of her victory: the nectar of the gods, the bliss of the chalice, the knowledge of the self of experience and of ecstasy. In her other hand is a cross: not the cross of suffering, of crucifixion, but the cross of the victorious consciousness, the cross of triumph and of resurrection. No square-hewn wooden beams here to nail a body upon. Rounded shafts connect four golden balls: the consciousness descending from the heights, the eternal avatar incarnating; the consciousness rising from below, a flaming column of aspiration; and finally the consciousness horizontal, embracing the universe.

Who are the bearers of the broken lance, blindfolded, book in hand? And where is that church, crowned, triumphant, conquering, which dispenses knowledge from the cups of ecstasy?