“Ishwara-Shakti is not quite the same as Purusha-Prakriti; for Purusha and Prakriti are separate powers, but Ishwara and Shakti contain each other. Ishwara is Purusha who contains Prakriti and rules by the power of the Shakti within him. Shakti is Prakriti ensouled by Purusha and acts by the will of the Ishwara which is her own will and whose presence in her movement she carries always with her. The Purusha-Prakriti realisation is of the first utility to the seeker on the Way of Works; for it is the separation of the conscient being and the Energy and the subjection of the being to the mechanism of the Energy that are the efficient cause of our ignorance and imperfection; by this realisation the being can liberate himself from the mechanical action of the nature and become free and arrive at a first spiritual control over the nature. Ishwara-Shakti stands behind the relation of Purusha-Prakriti and its ignorant action and turns it to an evolutionary purpose. The Ishwara-Shakti realisation can bring participation in a higher dynamism and a divine working and a total unity and harmony of the being in a spiritual nature.”[1]

(Loretta:) “Aswapati begs the Divine Mother to take birth on earth, because he knows that she is the one who brings change. And he also knows that if she is here, her eternal mate will come with her. Because her manifestation is also his manifestation.”[2] 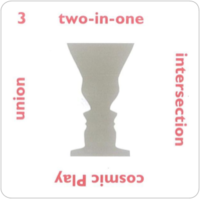