“Evolution has proceeded from matter through animal to physical man, vital man, mental man and spiritual man. When mental man or spiritual man appears, the others don't disappear.”[1]

“We know well enough that there is an animal in us as well as that which is characteristically human, — something which is a creature of conscious instinct and impulse, not reflective or rational, as well as that which turns back in thought and will on its experience, meets it from above with the light and force of a higher plane and to some degree controls, uses and modifies it. But the animal in man is only the head of our subhuman being; below it there is much that is also sub-animal and merely vital, much that acts by an instinct and impulse of which the constituting consciousness is withdrawn behind the surface. Below this sub-animal being, there is at a further depth the subvital. When we advance in that ultra-normal self-knowledge and experience which Yoga brings with it, we become aware that the body too has a consciousness of its own; it has habits, impulses, instincts, an inert yet effective will which differs from that of the rest of our being and can resist it and condition its effectiveness. Much of the struggle in our being is due to this composite existence and the interaction of these varied and heterogeneous planes on each other. For man here is the result of an evolution and contains in himself the whole of that evolution up from the merely physical and subvital conscious being to the mental creature which at the top he is.
But this evolution is really a manifestation and just as we have in us these subnormal selves and subhuman planes, so are there in us above our mental being supernormal and superhuman planes.”[2]

(Medhananda:) “When science looks at evolution, it speaks largely in terms of bones. But the bones changed only as a result; the longing for change always came first. This change in the bones may not have been the direct outcome of the longing. Perhaps by itself longing was not sufficient. But the same force which brought about the change could also have created the longing.”[3] 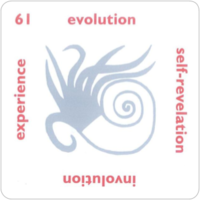